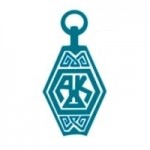 Alpha Kappa Delta derives its name from the first letters of the three Greek words.

When this phrase is translated freely, it expresses both the goal and the method of Alpha Kappa Delta:

“To study humankind for the purpose of service.”

The AKD International Sociology Honor Society was established in 1920 by Dr. Emory Bogardus at the University of Southern California.  Since its establishment in 1920, new chapters have been created all over the country in institutions with well organized departments of sociology.

To date, over 80,000 members in the United States, Canada, China, Finland, the Philippines, Taiwan, and Singapore have been initiated into the Society.  Our department is the chapter Xi of New Jersey.  Student membership is given only to those Sociology majors with outstanding academic achievement and contributions to the department.  While nominations are based on your academic achievement, there is a service element that needs to be fulfilled before you can be initiated as a full member.

To be inducted as a Member of Chapter Xi, a candidate must:

There is no application form for our program because students who meet these academic requirements will be notified of their nomination.  Students can choose to accept or decline the nomination.